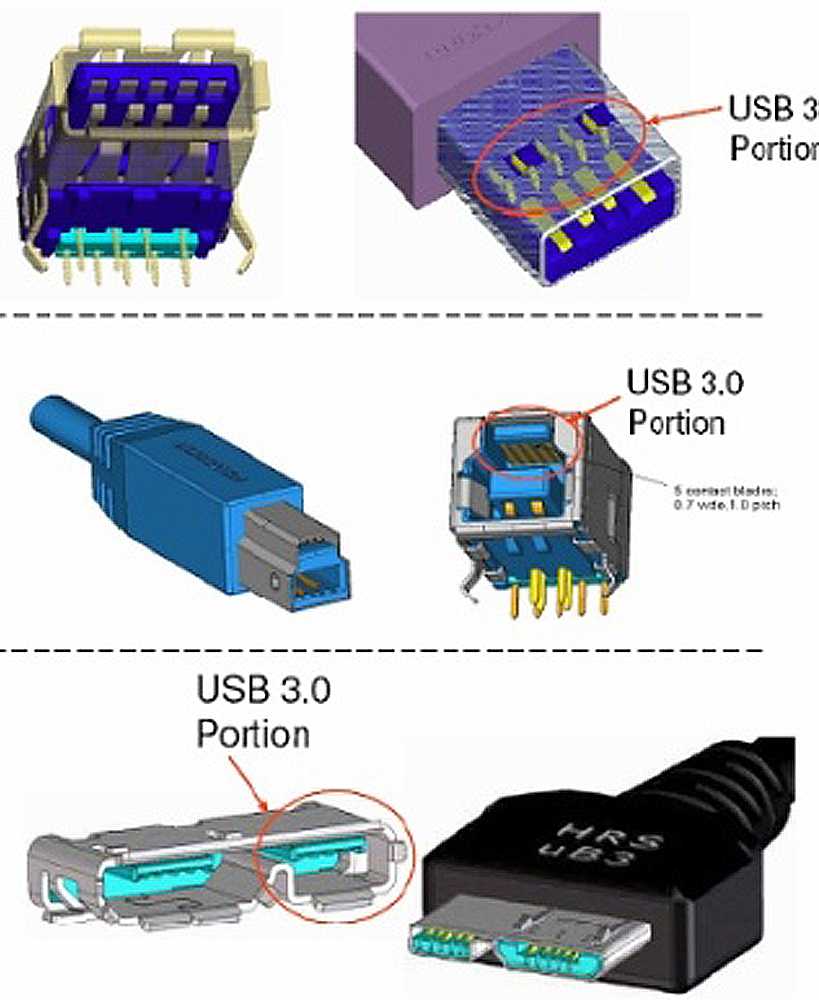 With the continuous development of computer storage hardware, growing storage capacity, hard disk based on TB calculation and frequently to 10GB Blu-ray video source etc., it leads to the increasingly high demand for its transmission speed, so Supertechina (Shanghai) Electronic adopts new USB3.0 interface standard and will increases new products based on USB3.0 standard from Dec 26, 2010.

Based on previous USB standard-USB1.0 (Low Speed-1.5Mbps), USB 1.1 (FullSpeed-12Mbps) and USB 2.0 (HighSpeed-480Mbps), USB, 3.0 in the actual device applications will be referred to as the "USB for SuperSpeed" and provides a new standard interface for a variety of devices connected to a PC or audio / high-frequency equipment, so can be widely used for PC peripherals and consumer electronics products.

The USB 3.0 specification uses the same concepts of USB 2.0 but with many improvements and totally different implementation. Earlier USB concepts like end points and four transfer types (bulk, control, isochronous and interrupt) are preserved but the protocol and electrical interface is significantly different. It is so different that the specification defines a physically separate channel to carry USB 3.0 traffic. The changes in this specification make improvements in the following areas:

Data transfer and synchronization
The SuperSpeed transaction is initiated by the host making a request followed by a response from the device. The device either accepts the request or rejects it. If accepted then device sends data or accepts data from the host. If the endpoint is halted, the device shall respond with a STALL handshake. If there is lack of buffer space or data, it responds with a Not Ready (NRDY) signal to tell the host that it is not able to process the request. When the device is ready then, it will send an Endpoint Ready (ERDY) to the host which will then reschedule the transaction.
The use of unicasting and the limited multicasting of packets, combined with asynchronous notifications, enables links that are not actively passing packets to be put into reduced power states, allowing for better power management.

A new feature is added (using packets NRDY and ERDY) to let a device asynchronously notify the host of its readiness (no need of polling)
Support to rotating media
Bulk protocol is updated with a new feature called Stream Protocol that allows a large number of logical streams within an Endpoint.
Consider the above points, new USB 3.0 device will in the next few years, removable storage devices, the most common and one of the fastest rising interface standard, even if other interfaces beyond also need a long time.